Among all the punctuation marks in English, the most unused, misused and abused is the period.

In this confused era of text messaging, Twitter, Facebook, and electronic gadgets, people seem to have taken the period for granted or found it irrelevant. Sometimes, in a long-winding paragraph, it is nowhere to be found. Sometimes, after a phrase, it comes in succession—four or five of them, sometimes more.

The proper use of the period has been trashed for no logical reason. Instead of one dot, people resort to using a series of dots. Sadly, the users are clueless on what the series of dots is called or how to use it properly.

The series of dots, often referred to as “dot dot dot” does have a name. This punctuation mark is called ellipsis.

Grammar books are explicit in saying that an ellipsis is a series or row of three periods (not more, not less).

Here's what The Chicago Manual of Style says: 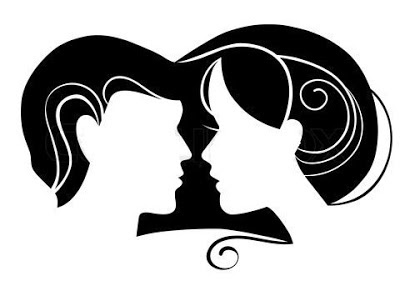 A car cut right in front of ours and my driver slammed on the brakes. He muttered, “Women drivers!”

I looked at the other car's driver and sure enough, it was a woman. “How did you know?”

My driver replied, “Nobody cuts like a woman does.”

Must do: change my header now, just 21 days after I had it up:

It's because my heart is all lined up with thanksgiving:

The worst is over for my best cousin who had a stroke in New York. She will soon be moved to a private room.

Son #2, who was rushed to the emergency room in a Pittsburgh hospital, has been sent home.

Read more »
Posted by Grace D. Chong at 9:27 AM No comments: Links to this post

The Face of God


My quiet time today centered on the life of Jacob, the man from whom the 12 tribes of Israel came. He certainly had a dramatic, tele-novela life.

What riveted me most, however, was when he went back to his homeland to seek the forgiveness of his brother, whom he had wronged.

If you remember your Bible, he betrayed his brother Esau at the deathbed of their father. At his mother's prodding, Jacob pretended to be Esau so he could receive their father's blessings.


One can't have too many Bibles—not if they come in different translations.

The reported numbers vary, but it is safe to say that there are over 450 English translations of the Scriptures today, and counting.

I got my 19th Bible translation as a Christmas gift from son #1, JC. It's NLT (New Living Translation), which I already have, but with a difference.


This extraordinary woman of faith breastfed me when I was a baby. 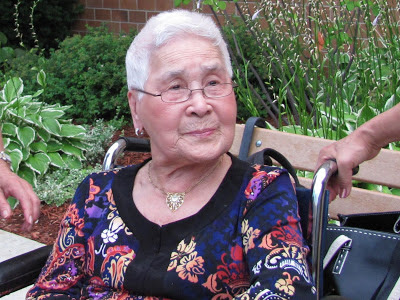 And from now I will talk about her in the past tense with both sadness and joy. She went to be with the Lord on New Year's day at age 98 in Chicago where she lived.

Auntie Pure was my mother's older sister. She and mom gave birth almost at the same time—Auntie Pure had my cousin Lorna just one day ahead of the time my mom had me.


Everything on earth will end when the Lord comes again.

This is what the Scriptures tell us, but some cousins and I discussed a different kind of ending when we got together again for our 68th annual clan reunion (CLAN-V we call ourselves).

Sadly, we see an ending to this reunion saga somewhere in time—when our generation (third) shall have passed away.  The second gen (our parents) was totally wiped out with the death of our lone surviving aunt in Chicago on New Year's day, just a few hours after we closed the last reunion.

Read more »
Posted by Grace D. Chong at 5:00 AM No comments: Links to this post

Reviewing my past 100 posts, I see all the hills and valleys that gripped our lives in this country. It was an uncommon year.

In all of these seemingly sad circumstances, God's grace has given us happy endings in various forms, which  helped us move on to come this far: 2013.