The Greatest Play Ever Written (7)


Much talk has been devoted on Senator Grace Poe, a foundling. She and her supporters have taken advantage of the poignant story of her origins to gain voters' sympathy. And now she has announced her desire to be the next president of the Philippines.

In ancient times, God used a foundling to free the Israelites from slavery in Egypt: Moses.

Let’s zoom in on the woman who found him, who stood between him and death—the mother without a name. She is simply called the Pharoah’s daughter.

This unidentified female, whose name nobody knows, was the only mother Moses really knew. The Bible preserves her anonymity even though she was instrumental to the fate of the Israelite nation. 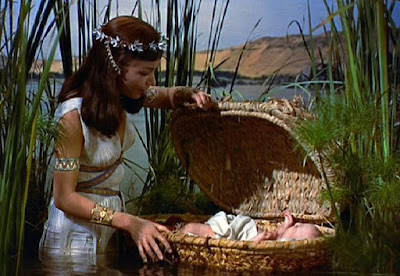 What kind of a woman would save a baby from a terrible death and care for him although he was a Hebrew?

An Egyptian, she was an idolater who worshiped the sun. Yet in mothering Moses, she was above the pagan plane—even above the cruelty of her pagan father. At the risk of losing her favor with the Pharaoh who had decreed the killing of all male Hebrew babies, she felt compassion for the baby she found in the bulrushes.

When the Pharaoh’s daughter was presented with the baby in the basket, the babe bawled, and she must have felt concern for the baby’s welfare and secured as his nurse, until he was weaned, the baby’s real mother, Jochabed.

Pharaoh’s daughter came down to the river at the hour that she did. In God’s play, she, a pagan princess, would save and deliver the child who would become one of the Bible’s greatest heroes.

For 40 years, this princess-without-a-name cared for and educated Moses, giving him all the privileges of a son of the royal court, surrounded with wealth and luxury.

His education would later help Moses write the first five books of the Bible and the Mosaic law. In his education, we have evidence of God’s hand in the shaping of the future of Israel’s great leader.

Like any mother, she must have grieved when Moses killed an Egyptian. Because after that, she could no longer protect her son, who had to flee Egypt to save his life.

We wonder, did they ever see each other again? Was she still alive when, 40 years later, Moses returned to Egypt as the mighty deliverer of the Israelite nation?  We will never know.

All we know, as cast by God in the greatest play ever written, is that she was a kindhearted Egyptian princess, a noble and tender woman who was God’s vessel of grace in a cruel time.

(Note: This is the 7th in a series of eight blog posts on The Greatest Play Ever Written.)