I deal with many 18-year-olds every week of my life as a part-time college teacher. These are millennials who grew up in the digital age, where everything is as quick as a flick of a finger—and as short as a phrase uploaded to social media.

They don't linger to analyze an issue. After all, these are available on the Internet. They want to move to the next one, looking for something new, something more exciting than the last. They can only take ten minutes of lecture, and if you want their attention after that, you'd have to sing and dance, or stand on your head.

If you are a parent of a millennial, you know whereof I speak. It is a constant challenge to engage them. They seem to be elsewhere all the time, made possible by their smart phone nailed to their palm. It is even more challenging to pass on to them the values we grew up with.

But ah, when one speaks of time, 18 is an awesome number.

I was invited to the coming-out party of one of my students and it was literally a ball from beginning to end. 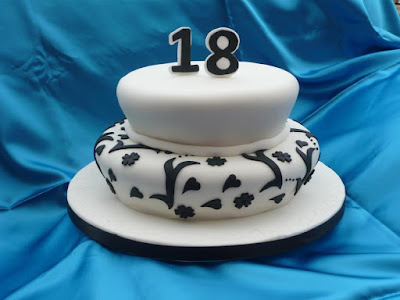 With Hollywood as the motif, her classmates and friends were dolled up in designer formal outfits, fit for sashaying on the red carpet.

Watching the guests all through the party, I saw enthusiasm. Why, they were engaged every step of the way!

It was at that party where I realized that at an 18th birthday celebration, the millennials lap up every scene. They hang on to every word. They tap their feet to the music. They take selfies, tons of them.

It was also at that party that I realized why older people yawn all through the rituals and dread being invited to one.

There is this gaping hole between our eras. What they like—unstructured spontaneity, dead air, unprepared speeches—are what we abhor. They swoon over what we groan at. And vice-versa.

It seemed like my coming-out party, too—grace that came to me on red carpet. There I discovered that millennials' newfangled ways can never be mine.

Rudyard Kipling foresaw this in 1889 when he wrote:

East is East, and West is West and never the twain shall meet.

But reading further, we should see likewise that everything is not for naught; there will come a happy ending, and it will be ever after:

Till Earth and Sky stand presently at God's great Judgment Seat;
But there is neither East nor West, Border, nor Breed, nor Birth,
When two strong men stand face to face, though they come from the ends of the earth!

Glad to discover this blog. I enjoy you're writing style. :-D