A Flower for Leni 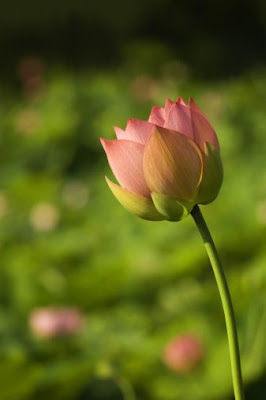 Yesterday, two days after I posted my blog on death in which I mentioned his name as an honest doctor, our good friend Leni (Dr. Lenito Gatchalian) quietly passed away. He died in his sleep, in his bedroom, of cardiac arrest.

Leni wasn't only honest, he was one of the most caring doctors I have ever known. He often volunteered his services to those who couldn't afford medical care. And he was a member of a group of CBers who answered the call of those in distress.

Although he wasn't very sick, he had been suffering from emphysema for the past couple of years. “A result of my heavy smoking,” he admitted.

He was my husband’s surgeon when Tony was diagnosed with colon cancer 14 years ago. Tony was in bad shape, the tests were not very good. But Leni (the husband of my close friend Delma) was very optimistic and after the surgery, before chemotheraphy could even begin, he told Tony, “I want us to go to the beach ten years from now.” They never made it to the beach because he was too busy and so was Tony but the two of them kept in touch—every day.

They were each other’s text mate. They would exchange jokes and inspirational messages every single day! Yesterday being Chinese New Year, Tony sent Leni a Happy New Year greeting early in the morning. It was the first and only day Leni didn't text back—and will never again.

What can I say? I have said all I wanted to say about death in my last post.

But perhaps this is what needs to be said over and over again—to my husband, myself, our children and his children who have learned to live without their mother for over ten years now—the Lord’s promise in times of pain and loss, fear and uncertainty:

Please join us in prayers for the Lord’s grace to sustain those who are mourning Leni's passing—especially his children (Lendell, Lester, and Leanne), in-laws, grandchildren, and loved ones.

We will miss you, Doc. Please say "hello" to Delma.

Hi. Is this Doc Leni Gatchalian who worked at the Veteran's Hospital in QC? Thank you in advance!

Yes. Did you know him?

Yes. He helped my daughter get the heart operation that she urgently needed at the time. We visited him after the operation and we had a photo with him. After that we lost touch. I intended to remain in touch to let him know we are grateful. He was a kind and helpful person. I am truly sorry that we did not get to say goodbye before he passed on. My daughter is now very health6 and heart is very strong.