Earrings for a Painting


“How many paintings have you done so far?” I am asked by those who see a few of my paintings on the wall.

I don't know; I lost count.

If this sounds like I've done so many paintings, well, modesty aside, it's true. “Many”means, more than I thought possible. There was that one year, 2003, when the painting bug bit me. Hard.

I had just lost my mom, and Tony was recuperating from a life-threatening quadruple bypass surgery.

God helped me cope by sending images of flowers, flowers, and more flowers in my daydreams. I wanted nothing more than to capture those beautiful creation on canvas.

I was writing too, of course, but I was never more furiously obsessed with painting. And half of my joy was giving them away as fast as I could finish them.

Several months later, Tony's only sister passed on, and my mom-in-law fell gravely ill with grief. One of her old friends specially came to our home to cheer her up. She spoke Chinese so she and I could only exchange gestures and nods, not words. Before she left, I took down one painting from the wall and gave it to her. It seemed like the only right thing to do. Her eyes misted, and so did mine. 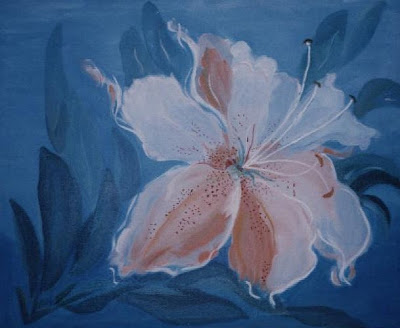 Just 33 days after, my mom-in-law went the way of the only daughter she loved. The old lady came again for the wake. Before she left, she cupped my palm with hers and pressed in it a small white box.

Inside the teeny box was this pair of gold cameo earrings, which looks better worn than photographed (actual size). 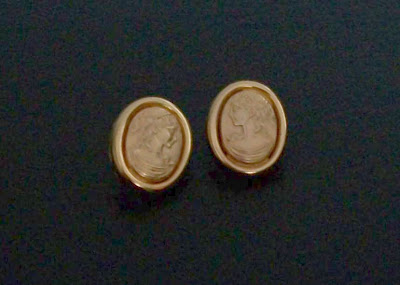 Between a painting and a pair of gold earrings in our shared grief, grace was, enabling misty eyes to express more than words ever could.

(After two years of unbridled excitement to paint, I stopped. Today, I have only seven flowers-on-canvas left, which, if I ever get around to writing my will, should go to JC, JB and Gianina, JR, and Adrian, and whoever among my siblings and friends may want the remaining two, after I am gone. I will bequeath to them a few more—when I am able to borrow some time from my writing. But this is more of a wish than a plan.)

Me, me, me, reserved! Hehe! When's our painting lesson, Grace?

Hahaha! Let's schedule that soon or my paints will irreversibly dry up.