The Janitor: Half Beautiful


“Beautiful” is not the adjective to describe a movie about police work that spends half of the time re-enacting and solving a grisly robbery with 10 people massacred. 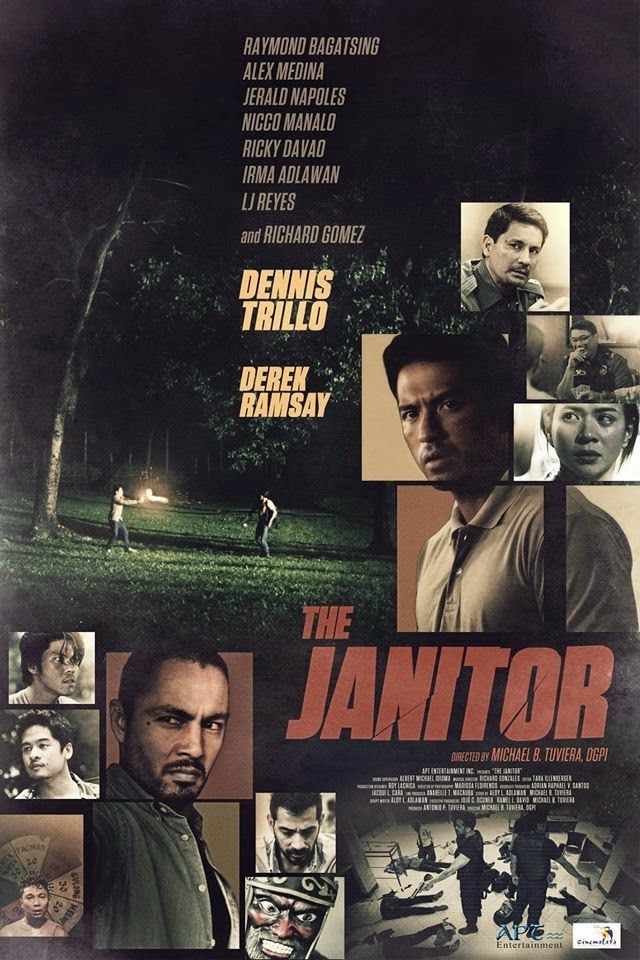 But The Janitor, loosely based on the worst-ever bank robbery that shocked the country years ago, and one of the five indie films I watched at the Cinemalaya X, is extraordinary.

For me, everything about the film is two-thumbs-up: from the cast (very well put together in ensemble acting) to the costumes to the dialogue to the set design to the sounds to the cinematography to the editing.  You forget that you are watching an indie because it has the spit and polish of a sleek commercial film while dramatizing grit.

My usual beef about many Filipino films (long, lingering, laborious scenes) is missing from this fast-paced masterpiece that surprises at every turn.

Why do I say half beautiful when all I have been doing is gushing over The Janitor?

Well, I am averse to violent scenes; rather, my cowardly heart can’t take action-thrillers with gory, bloody images. So half of the time, my eyes are shut and opened again when the gun shots and thuds are gone. But those I was with (people in advertising whose judgment and taste I respect) are over the moon with their praises for the scenes I missed.

Half and half make a beautiful whole.

Watching Cinemalaya films is like watching grace at work, particularly in me. I am pushed to see the world at large to further understand the complexities of the human brain and heart—and feeling how grace works its way in, ready for the taking.

On awards night, the talented people behind The Janitor, directed by Michael Tuviera, were duly recognized for best director, best screenplay, best supporting actor, best sound, and best editing for their beautiful handiwork.

Photo credit
Posted by Grace D. Chong at 4:30 AM